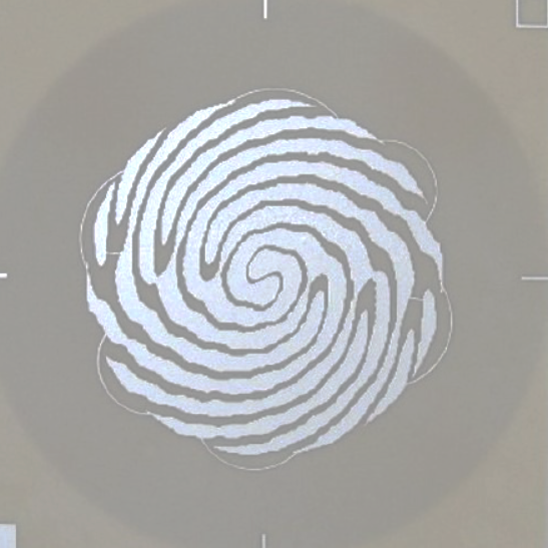 This paper presents a novel implementation of Frequency Steerable Acoustic Transducers (FSATs) for guided waves (GWs) inspections. Unlike the conventional phased array systems, which demand a large number of transducers and complex wiring, FSATs benefit from inherent directional properties for generation and sensing ultrasonic guided waves, resulting in significant hardware simplification and cost reductions for GWs-based systems. The FSATs exploit the frequency-dependent spatial filtering effect, leading to a direct relationship between the direction of propagation and the frequency content of the transmitted signal. The proposed Piezoceramic FSAT is fabricated through patterning the spiral electrodes on a Piezoelectric (PZT) plate bonded on a supporting aluminum plate. In light of the need to investigate the influence of the generated stiffness caused by the PZT plate on the coupling behavior between the FSAT and the aluminum plate, Finite Element (FE) simulations were carried out. Furthermore, experimental validations were conducted using a Scanning Laser Doppler Vibrometer (SLDV) to highlight the directional capabilities of such devices. The results show that the generation of directional GWs in a host structure is substantially improved thanks to the high actuation strength of Piezoceramic materials employed in the proposed transducer.